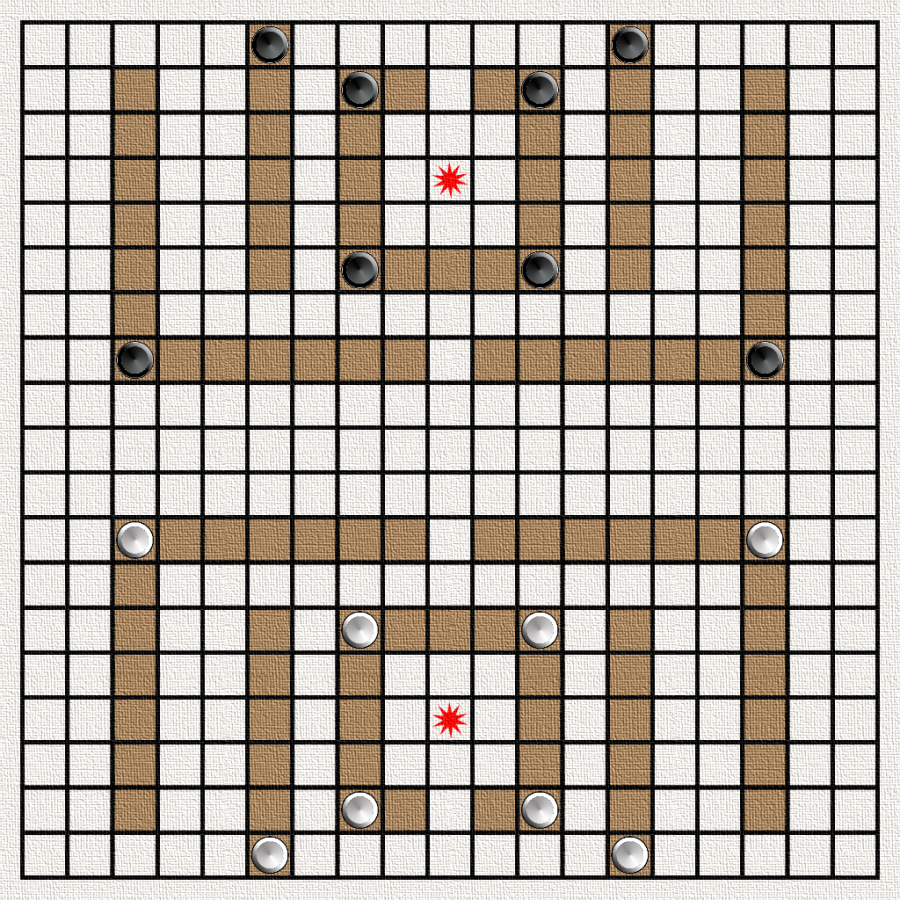 There are games that seem to have been created for a world fame, but they have never become popular. One of them is a game of Castle. Its rules are relatively simple, but its strategic complexity can be seen from the start. What’s more, the game takes place on a huge board with 361 fields, but players have to be smart in using relatively few pieces.

I must admit I don’t know much about the history of Castle. The game comes from the Czech and is said to be a “traditional” game there, but I do not know how long it has been known. The Czech author Miloš Zapletal described this game in his “Great Encyclopedia of Games” published in Prague in 1986. In Czech this game is known as “Dobývání hradu” (conquer of the Castle), while in English speaking countries it was known under the name “Castle”.

Castle resembles a game of Camelot. It has a motif of two armies trying to win opponents castle. It’s hard to say whether the games are related – the rules of moving and capturing are different.

Castle is a board game for two players, in a type of “war game”, with no element of luck. Players make moves alternately by moving their pawns. It’s possible to kill/capture enemy pawns. The aim of the game is to occupy special field in enemy castle (so called Courtyard) or to kill all enemy pawns.

Board to play Castle is a square divided into 361 square fields (19×19). Some fields are marked (here with darker color) and these fields are so called Walls.

There are also two fields marked with symbols. These are so called Courtyards. Board is shown on the image below and Courtyards are marked with red stars (dark fields form Walls). 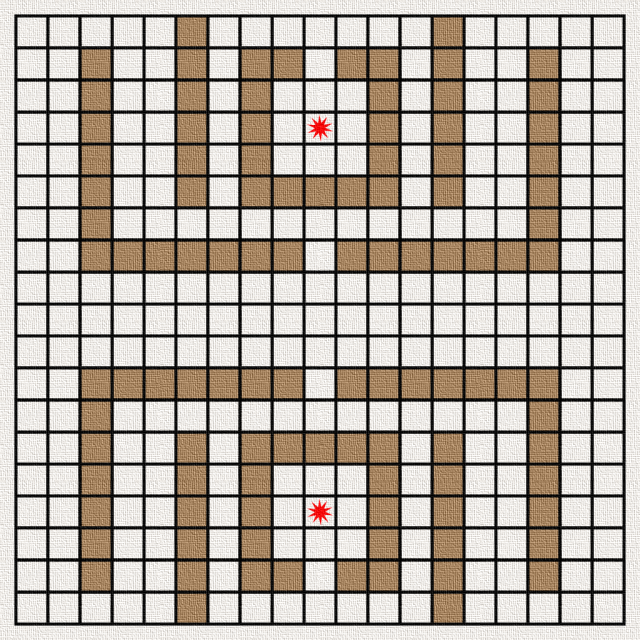 In addition you need 16 pieces to play – 8 black pawns and 8 white pawns.

At the beginning of the game the pawns are set on the top of the walls, just like shown on the image below. 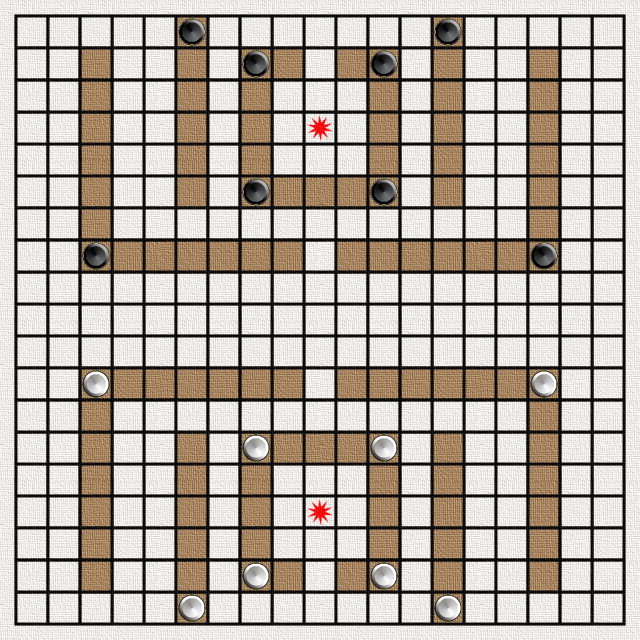 In one turn Player can move one of his pieces horizontally or vertically, through any number of unoccupied squares (like a Rook in Chess). Only Walls restrict moving because pieces can’t go through a Wall in one move. 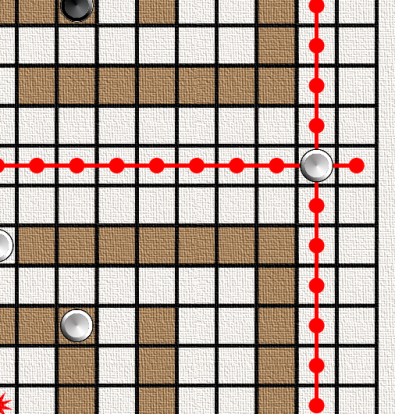 Pawns can “climb up” on top of the Wall. To to this they must move to a wall field just from a “normal” field neighbouring a wall (vertically or horizontally). The image below shows “climbing up” on a wall. 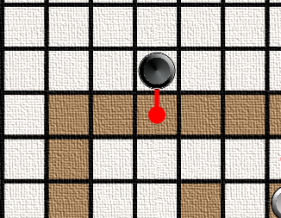 If pawn stands on top off the wall, it may move any number of fields vertically or horizontally. The image below shows the possible moves of the black pawn standing on the wall. 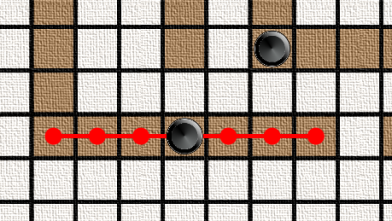 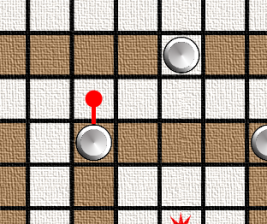 It is possible to kill (capture) enemy pieces. This is made just like in chess, by entering a field occupied by enemy piece. Killed (captured) pawn is removed from the board and it does not come back to game. 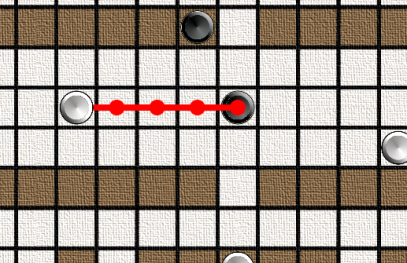 Game can be won in two ways. 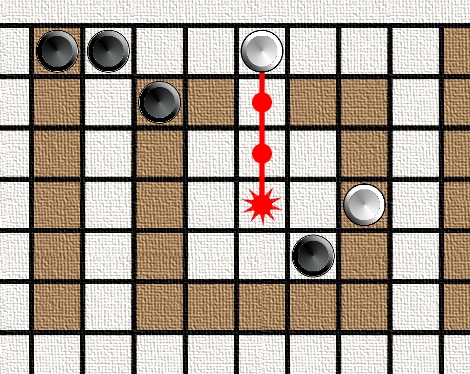 There are variants of the game with no changed rules but with more pawns. In the first variant, there are additional 8 pawns for each player (so there 16 pawns on each side). At the begining of the game additional pawns are set on the fields around the Courtyard. In practice, these paws form a “reserve” that can be put into game after losing first pawns.

Initial setting in 16-pawns variant is shown on the image below. 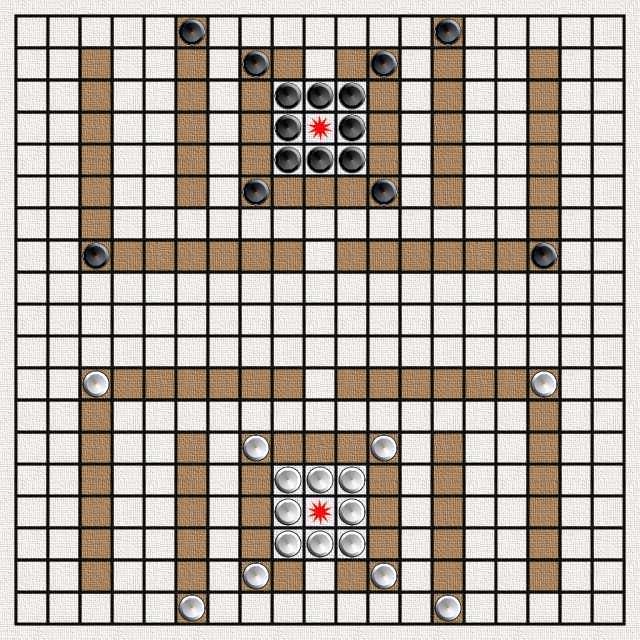 There is also a Castle variant with 22 pawns on each side. Additional pawns are set around the Courtyard and at the ends of the walls. Initial setting is shown on the image below. 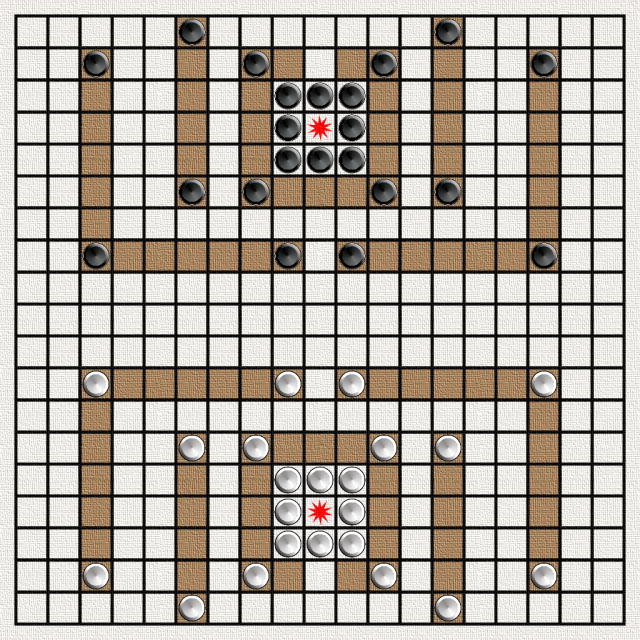 It’s also worth mentioning that you can play Castle on the Go board, after adapting it a little. In Go pieces stand on the points (intersections of lines) and there are exactly 361 points because they are formed with 19 vertical and 19 horizontal lines. So the Go board is suitable for playing in Castle if pawns are moved along the lines, and lines intersections serve as fields.

You just need to mark some lines as walls. The adopted Go board looks like the one below (note that pawns stand on the intersections). 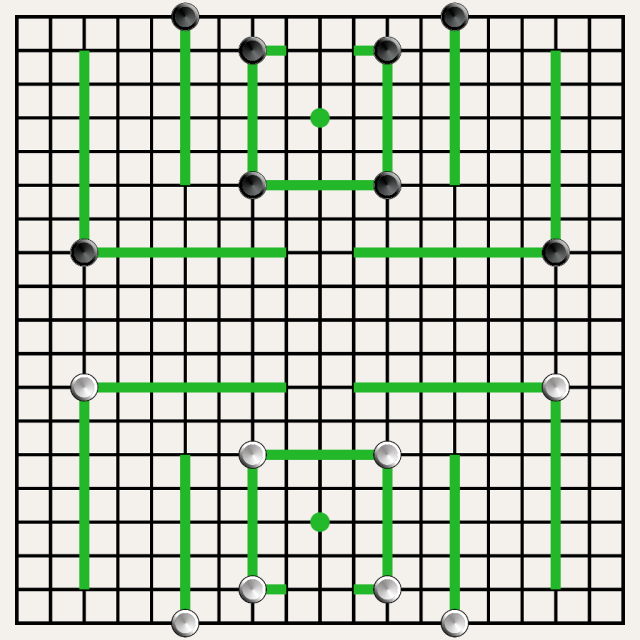 Castle is a remarkable game. It is a pity that it has not become a valued mental sport. But I always say that we should focus on playing, playing and playing. Maybe some of you will start the first Caslte club or federation?