Why do people love Contract Bridge? Because it’s so logical, elegant and strategic. And why do people love Poker? Because its surprising, risky and unpredictable. Now imagine there’s a card game that has features and benefits of Bridge and Poker. This game is called Oh Hell and you just have to give it a try.

END_OF_DOCUMENT_TOKEN_TO_BE_REPLACED

It happens that one man creates an almost perfect game. George Howard Monks, who developed a game called Halma, was certainly one of such people. Halma gave rise to other interesting games, but it’s really great without any modifications. It requires relatively simple equipment, the rules are simple too, but you could devote your whole life to study its strategy.

END_OF_DOCUMENT_TOKEN_TO_BE_REPLACED 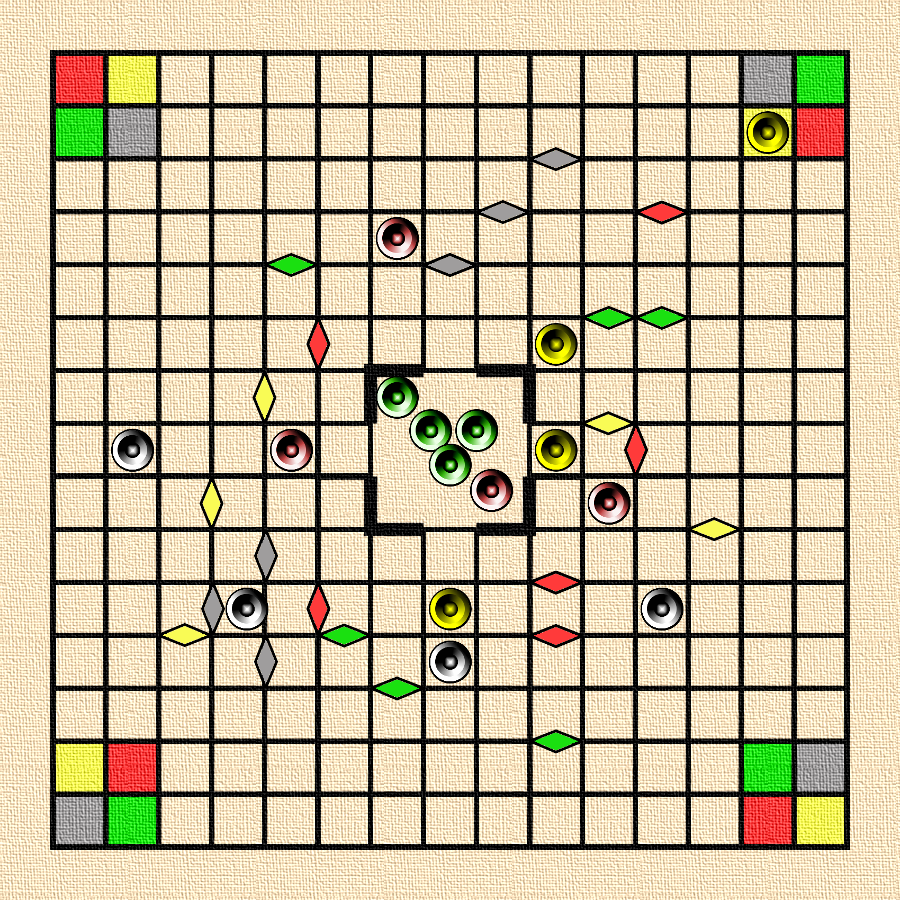 Summer holidays are coming! This means a lot of spare time for parties, beer, family barbecues and other pleasures like… games! But you need a right game, well suited for playing with friends. Kimbo is just perfect. It’s a contemporary game, though a bit forgotten and worth the reminder. END_OF_DOCUMENT_TOKEN_TO_BE_REPLACED

When you hear “chess”, you think about the intellectual duel of two people. Therefore you may be surprised by the fact, that one of the Chess ancestors is a game for 4 players and with an element of luck. The goal of the game was no to checkmate but to score points, however, this old game is still “chessy” . The name of this game is Chaturaji.

END_OF_DOCUMENT_TOKEN_TO_BE_REPLACED

Matador is a domino game, typical and unique at the same time. Typical because players use tiles to build a line of play and the goal of the game is to get rid of all bones from hand. But matador is unique thanks to the unusual rule of combining tiles and thanks to the existence of special tiles that can be added to the line of play at any time.

END_OF_DOCUMENT_TOKEN_TO_BE_REPLACED

I’ve already described Camelot – game excellent in many respects. However story of Camelot does not end here. This game has many variants, with boards of different sizes and with varied number of pieces. And there are Camelot variants for 4 players, more strategic than tactic! Let me introduce you to this games.

END_OF_DOCUMENT_TOKEN_TO_BE_REPLACED 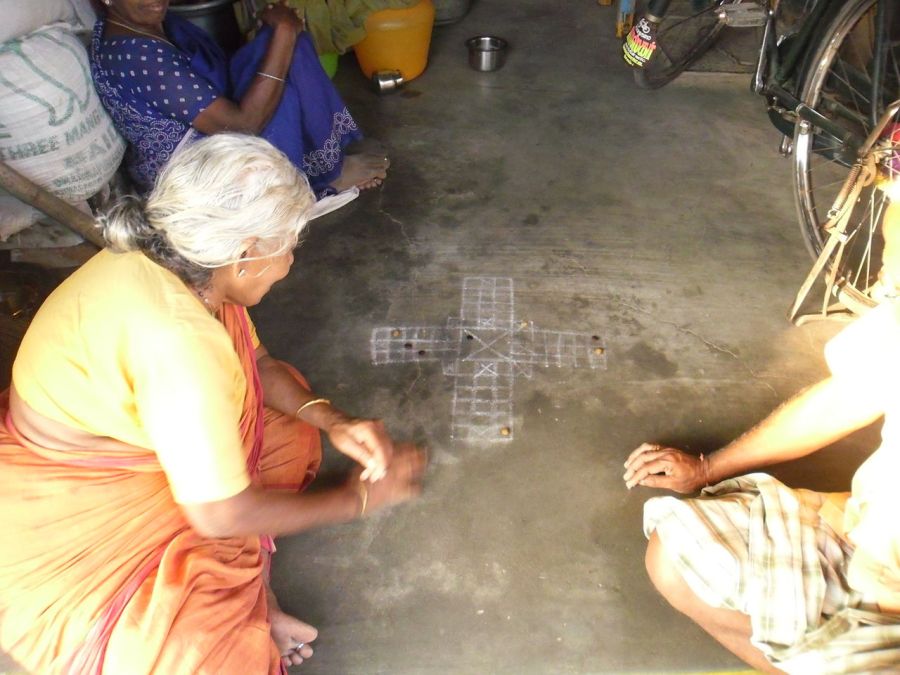 It is believed that popular game of Ludo is very old, but is it? It was patented in 1986, but it was a modern variant of really old game called Pachisi. And I must tell you this older game is more strategic and has a unique, ancient nature.

END_OF_DOCUMENT_TOKEN_TO_BE_REPLACED 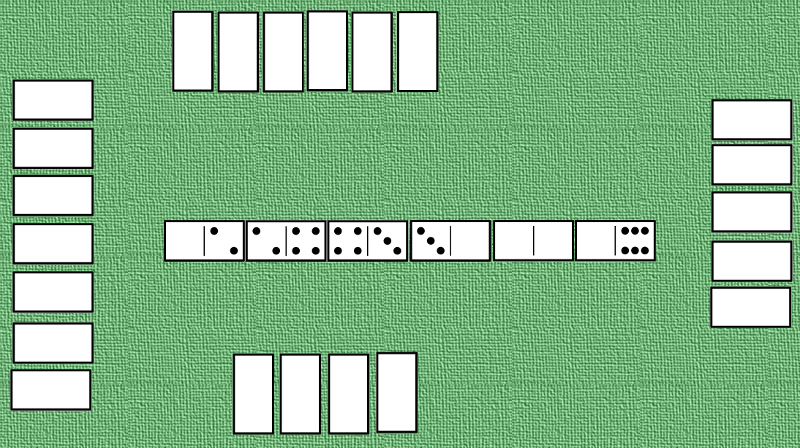 Many people know simplest domino games (like Block Game) and appreciates them as social and funny. However each domino fan can come to a point when you have a partners to play and you want to try something different. Something new. Perhaps something more complex. Well… you can always try one of the lesser known but funny domino games like Instant Domino, Blind Domino, Jubilee, Bergen or Sebastopol.

END_OF_DOCUMENT_TOKEN_TO_BE_REPLACED

If you are looking for a relaxing but not too easy game to play with friends, Malefiz is a great choice. Unfortunately, the basic variant is for 4 players only. What to do if you gather a larger group of 5 or 6 people? No problem. There’s a variant on a larger board!
END_OF_DOCUMENT_TOKEN_TO_BE_REPLACED 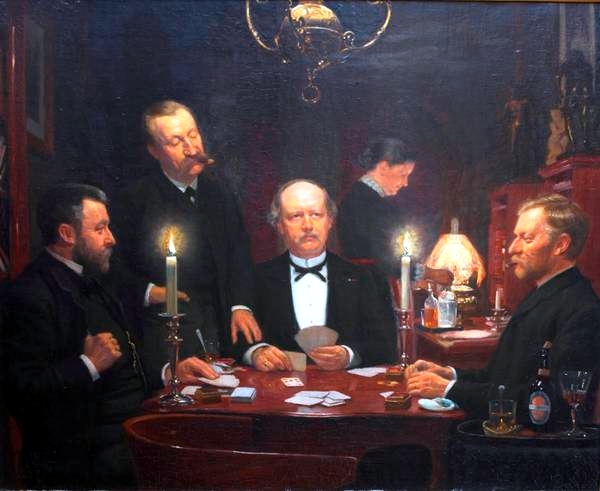 I wrote about the game of whist, which was the favorite game of Phileas Fogg, protagonist in the novel “In eighty days around the world” by Jules Verne.

I wanted to show you a game that Phileas Fogg could play if he had really lived. I had a  problem because there are many variants of Whist, and the Verne’s book is not clear about Fogg’s favorite variant. I already described simplest Whist variant but I also pointed out, that Fogg could play so called “Solo Whist”. This variant was especially popular in the XIX century in England and today is still known in UK.